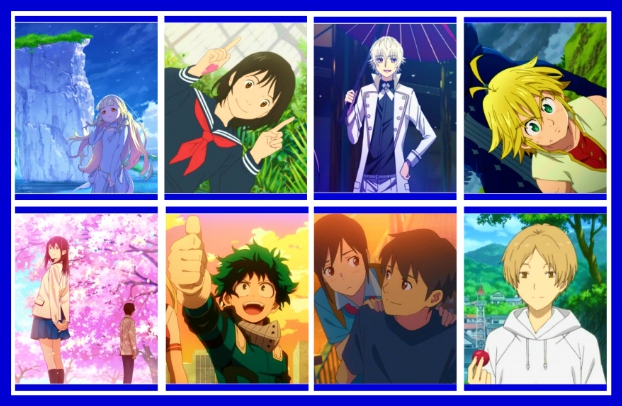 Hey guys, we’re finally getting closer to the end of the year and 2018 actually had given us several (if not many) precious anime gems. This 2018, we are lucky to have some of the most popular and well-loved anime series received a movie releases. We also get a decent treat of anime movies that we could line-up to the classics of Studio Ghibli and the notorious feelsy works of Makoto Shinkai.
Our team is proud to present the best anime movies of 2018 that stirred our hearts and captured not just our attention but also our souls.

Maquia: When the Promised Flower Blooms

A piece written and directed by Mari Okada, Maquia is a magical experience that give us a rather cliché theme set in a fictional world filled with otherworldly creatures and the generic mundane stuffs. Basically, it’s a story of love, self-discovery, and growth. It’s a journey of motherhood, of womanhood, and of human emotions, desires, family, and relationships.

I Want to Eat Your Pancreas

This is no your typical tearjerker movie, there’s more to it than what is shown in the surface, more than what is written on the plot. It’s a tale that will make you glad that you are alive, it will teach you to value life and make the best out of it. At the same time, it also have the power to make you frustrated for so many reasons. Nonetheless, this anime had tons of life lessons in store for both adults and the younger generation.

Currently, one of the biggest shounen anime of this generation, and this movie once again proved why My Hero Academia sits atop of its contemporaries. This anime once again ignite that burning desire in the heart of people to once again believe and give our best shot for our dreams, to be the very hero that our life needs. This movie is just one of many opportunities that My Hero Academia had taught us to believe in the power of our dreams and our friends. Yeah, that sounds pretty cliché and a very basic shounen plot but people still buys it because this anime goes beyond a normal shounen anime could influenced, it’s a force that penetrated the very core of our heart and soul.

The latest work from Mamoru Hosoda. What else would I expect from the director that brought us the notorious Summer Wars, the heart-wrenchingWolf Children, and the fantastic adventure of The Boy and the Beast but a mesmerizing and captivating journey?Mirai is just like any of those anime which is perfect for family. Just like Studio Ghibli movies, it tackles about family story and struggles. What’s great about this film is that the story is told in a magical journey and depicted a realistic bonds between siblings and the family as a whole. I believed many viewers will find this movie in their liking due to its resemblance to real life scenarios. This film just gives off so much feels like a Studio Ghibli movies and many fans will surely have the same feels.

A refreshing and simple story that gave us a nostalgic trip as an escape from the reality of adulthood. Flavors of Youth is very ordinary but there’s the magic there, it thrives on the fact that viewers can relate on the basic building block of its plot. In general, it’s a heart-warming story and experience.

This is the anime movie of 2018 that truly matters to me. It’s no secret for readers of this blog that Natsume’s Book of Friends holds a very special place in my heart and saying that word best to describe it is actually an understatement on my end. The anime had a loyal fanbase both inside and outside of Japan, and I personally believed that Natsume’s Book of Friends movie could possibly bridge the story from season 6 to a possible season 7. Nonetheless, the movie is just like the rest of the series. It is beautifully animated, refreshing and soul-medicating with a light yet emotional streak of nostalgia and amusement about life and human connectivity as a whole. The ending theme song Goodbye by Uru made the movie an even more magical and heart-warming experience.

A series of theatrical releases telling the chronicles of different kings and their henchmen. For my fellow fans of K: Project franchise, this movies screams nostalgia and definitely a must-watch. I think that series concluded perfectly and that releasing the theatrical release is the most effective way of showing the back story of the different factions from the anime. I personally believed that this is a perfect treat to the fans and a decent offer to the whole anime community.

The Seven Deadly Sins: Prisoner of the Sky

I’ll say the movie is pretty generic but for the fans of the series,it is a great opportunity to see our favoritecharacters in action once again while waiting for the season 3 of Seven DeadlySins. It is a pretty enjoyable movie with the same degree of art and music as the anime series. It is more like a side story to focus our attention with while the continuation of the actual story is being prepared. Nonetheless, the movie is filled with action and the usual Seven Deadly Sins cliché and humors.

That ends our list of top anime movies of 2018 according to our team at Yu Alexius Portal. However, we have also listed here as follows the top rated anime movies of the year based on the popular anime community website – My Anime List.
As you can see, I Want to Eat Your Pancreas topped this year’s chart and followed by Maquia: When the Promised Flower Blooms. Kyoto Animation got two entries in the list – first with Liz and the Blue Bird (a side story from their anime series Sound Euphonium!), and second is Chuunibyou demo Koi a Shitai! Movie: Take On Me. The three (3) recap movies of the legendary Code Geass franchise were also listed. The films were release as a refresher for the popular anime that premiered in 2006 in anticipation with the upcoming Code Geass: Lelouch of Re;surrection which is slated for release on 2019. Shounen giants’ My Hero Academia and The Seven Deadly Sins had their movie releases this year did pretty well too. Anime movies’ veteran Mamoru Hosoda had his latest work’s Mirai of the Future also secure a spot in the list.
This ends our list of Top Anime Movies of 2018, if I may ask you guys, which one is your favorite and which films do you think deserve some more love? Please let us know by leaving a comment below.