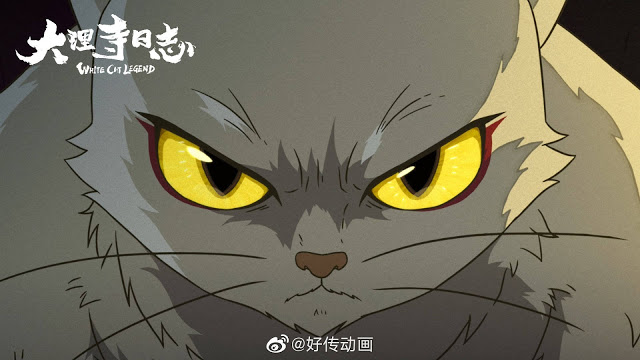 The spring 2020 lineup for Chinese anime series is finally here and I would like to talk about one of its biggest titles which is White Cat Legend from Nice Boat Animation. White Cat Legend is also known as Da Li Si Ri Zhi or The Journal of Dali Temple, we had also listed it as one of the biggest upcoming Chinese anime of 2020. As a short introduction about this beautiful donghua which makes me excited so much, I would like to share some information that Chinese anime fans may want to check first before its release – this details include the donghua’s plot, release date, trailers & promotional videos, and a bit of its background. 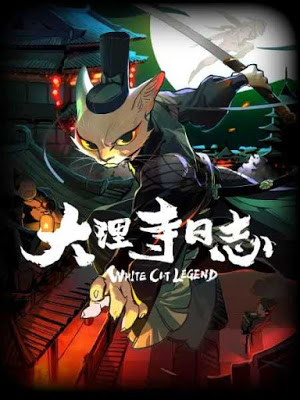 The story of White Cat Legend is something that we might have heard somewhere else, especially to those who love Chinese action anime series. However, the story is supported by beautiful animation and great visuals which will make the experience of following its story a wonderful ride.

We follow the daily life of Shen Shi, a young man looking for his brother. To find him, he goes to the Dali Temple. One thing led to another, he eventually became an officer for Li Bing, a senior official with the appearance of a white cat.

White Cat Legend release date is scheduled on April 10, 2020 and Bilibili will officially broadcast and distribute it. The donghua had been slated to have 12 episodes. Back in November 2018, a joint pre-screening was held for White Cat Legend and Wu Shan Wu Xing aka The Fog Hill of the Five Elements. The former is animated by Nice Boat Animation, while the latter is a project under Samsara Animation Studio which is supported by Nice Boat Animation.

There had been several trailers and promotional videos for White Cat Legendavailable in the internet as shown below since 2018. Based on these trailers and the previously released posters and image stills, White Cat Legend sure it packed with solid animation, such quality that could compete against top-notched animation from Japan. Furthermore, the visuals are as beautiful as any other designs that we had seen from other donghua such as those from Grandmaster of Demonic Cultivation.

White Cat Legend #大理寺日志 based off of the manhua The Journal of Dali Temple looks beautiful so far! You wouldn’t expect such ancute sounding title to actually be such a mature looking series. pic.twitter.com/2gsVKIMKJB

Final trailer revealed for White Cat Legend #大理寺日志 which releases on 4/10. This show is gonna be a treat! The comedy seems over the top, in a good way. It looks like there’s going to be a TON of reaction gifs and the story is surprisingly deep with lots of gorgeous fights! pic.twitter.com/5E4DiC9wY4

With the donghua slated for release this April, it will compete against other heavy Chinese anime titles of 2020 including All Saints Street, Spicy Girl, and Everlasting Immortal Firmament Season 4 from Tencent as well as Bai Yao Pu: Hundred Demon Spectrum, Those Years I Owned a Zoo, and God of Deception from Bilibili’s lineup. Personally, I have White Cat Legend in the upper echelon of my own watchlist this spring alongside Bai Yao Pu, and Those Years I Owned a Zoo.
Does White Cat Legend sound familiar to you or have you previously watched some teasers? Do you have it in your spring 2020 Chinese anime watchlist? Please let us know what do you expect and your thoughts about it. For more updates about Chinese anime series and movies, please subscribe to our newsletter or follow us on our social media channels.