The official trailer for the live-action adaptation of the popular Chinese web novel, The King’s Avatar had been revealed. The video shows the different teams and characters that will vie for the championship of Glory, featuring the exciting and dramatic life behind eSports.

As a personal avid fan and reader of the novel as well as its anime adaptation The King’s Avatar, I’ve been waiting patiently for the drama series to come and unfold into something that fans will appreciate and follow. Furthermore, the fact that Yang Yang is portraying God Ye Xiu is an even more interesting treat knowing that the Chinese actor had done a great job portraying Xiao Nai in Love O2O, a drama series which is similar to The King’s Avatar is some aspect.

However, what’s exciting is that the entire cast of The King’s Avatar live-action seems like a pretty interesting ensemble and I am hoping that they’ll be able to give justice on portraying our favorite characters from the novel.

In the past few months, we’d been excite and enthralled by few still images and behind the scenes for the live-action drama series which will cover a total of 40 episodes and scheduled to premiere in summer of 2019 (originally slated for December 31, 2018).

[Update as of July 24, 2019] Tencent revealed that the The King’s Avatar live-action release is scheduled on July 24 at 8PM in China.

[Update as of July 22, 2019] A new poster for the live-drama of The King’s Avatar had been revealed showing Yang Yang in his role as Ye Xiu together with the rest of the cast such as Lai Yumeng as Su Mucheng, Jiang Shuying as Chen Gou, Li Yuhao as Tang Rou, Lai Yi as Bao Rongxing (Steamed Bun Invasion), Yu Yonghai as Huang Shaotian, and Liang Yimu as Sun Xiang as seen below.

Back in the King’s Avatar drama trailer, aside from showing the different Glory teams like Happy, Excellent Era, Tyranny, Blue Rain, and Tiny Herb; we we’re also given a glimpse on some emotional and exciting exchanges of different players whose life had been attached to Glory in so many ways and how they’re professional and personal lives intertwined.

Synopsis: In the multiplayer online game Glory, Ye Xiu, is well known as the Textbook level expert and a top-tier player. Due to a series of circumstances, he was forcefully expelled out of his professional team. After leaving the pro gaming scene, he resides at an Internet Café employed as one of the managers. When Glory launches the tenth server, he throws himself into the game once more, equipped with ten years of gaming experience, memories of the past and an incomplete self-made weapon. His journey back to the top begins.

I believed that the drama shall cover the whole novel although based on the trailer, they may focus on the season 10 of the Glory Professional Alliance. Or maybe, several revisions had been made on which the season 9 and 10 had been combined together in order to get Excellent Era joined the competition and make things even more exciting, interesting, and intense.

Although, I am still looking forward for the scenes where we could see the cast not only portrayed the players but also their respective Glory characters. Nonetheless, we had seen Lord Grim in the end of the trailer which I believe is also possible for the Glory characters such as Dancing Rain, Soft Mist, Steamed Bun Invasion, and the rest. 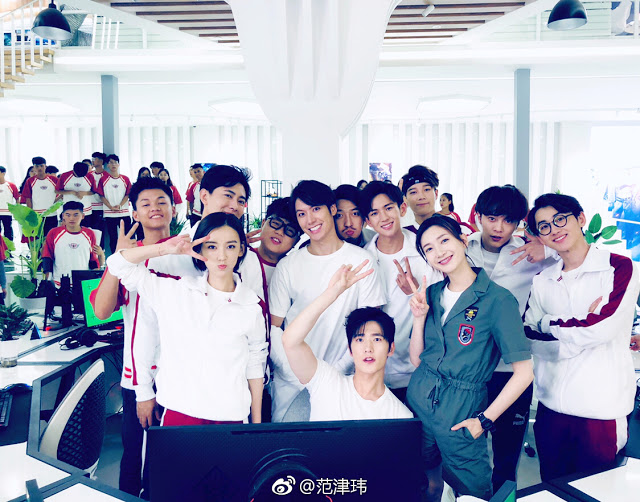 We doesn’t have any specific date yet for the premiere of The King’s Avatar live-action series, one thing is sure, it will even make our summer even more hotter on 2019. Watch-out for further news about this at www.yualexius.com, so don’t forget to subscribe.