PROMARE – an upcoming original anime movie from the studio that gave us Kiznaiver and Darling in the FranXX had been slated to debut on May 24 and promises an action-packed spring to everyone. Promare is also among our most recommended anime titles from spring 2019 lineup.

The anime is said to be similar to the classic Gurren Lagann and Trigger’s very own Kill la Kill, which had been the two previous collaborations of the key personnel working for Promare. Hiroyuki Imaishi is helming the anime project as director with Kazuki Nakashima as the scriptwriter. This reunion project by them is a big one especially for Nakashima who is credited for PROMARE together with studio Trigger. 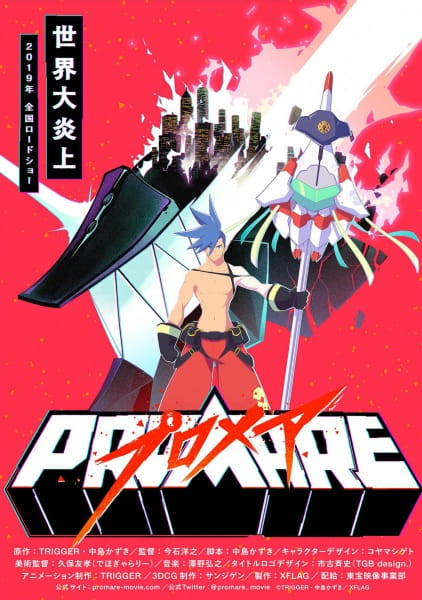 The anime’s protagonist is named Galo (seen with blue hair in key visual), who is a new recruit in a rescue team. The anime will have mechs called “Matoi-Tech,” named after the “matoi” banners that Edo-period firefighting units used. 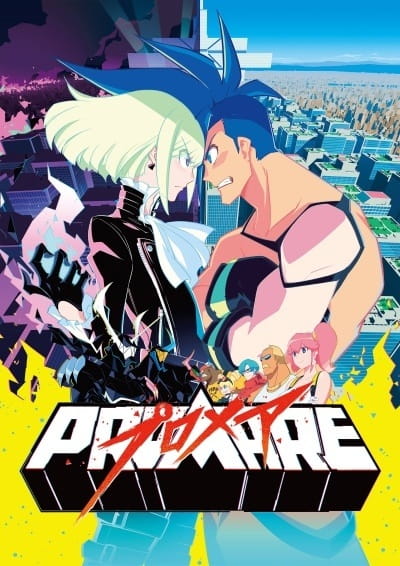 Promare had been scheduled for release on May 24, 2019 and a new visual had been unveiled together with a new set of cast members added.

Well, it seems that spring will gonna be hotter than ever as we’re getting this firefighting anime movie. Aside from the above mention staff, XFLAG is also credited for the film’s production and with TOHO for the film distribution. The 3DCG animation will be animated at SANZIGEN animation studio.
References: