You are here: Home / Blog / 8 of the Most Epic Fight Moments from K Project

K Project anime franchise is definitely one of the most flashy and truly mesmerizing anime of the decade. Literally speaking, the plot isn’t anything unique at all but it has its strengths and I believe that it deviates the story from a complete cliche scenario despite of its dark, tragic, and generic potrayal of friendship, betrayal, and sacrifices coated with colorful animation and visually stunning effects.

Aside from the shiny and colorful animation of K Project, among its strengths are its interestingly likable characters and pretty fight scenes which were decently animated. In fact, I would like to share this video that I stumbled upon on YouTube featuring the most epic fighting moments from K Project franchise.
Grab some popcorns now and enjoy.

Who will ever forget the great rivalry of the two archenemies group from the series. HOMRA – led by the hot-tempered rugged king Mikoto Suoh (Red King) and the law enforcing group of SCEPTER 4 under the leadership of Reisi Munakata (Blue King). The exciting rivalry between the two kings and their henchmen were among the highlight of the series. The story between these two groups goes beyond a normal rivalry of enemies but a connection that could be compared with two sides of a single coin co-existing with each other.

This scene were from the movie -K: The Missing Kind- on which we had seen Anna rise to became the sucessor of Mikoto Suoh and thus, becoming the new Red King. The mysterious aura around her even became more enigmatic but also inspiring as her reign begins a new era for HOMRA. 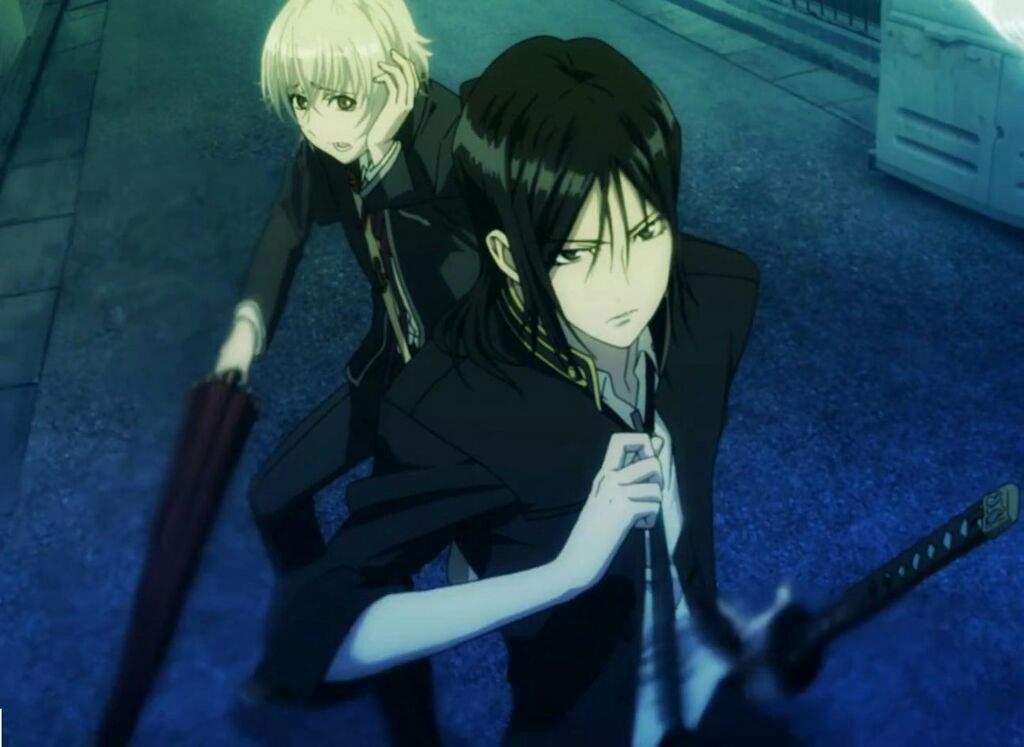 For most part of K Project season 1, HOMRA had been chasing Isana Yashiro, without knowing that he is the Silver King as the entire scene were being played at by the Colorless King. The whole chasing scenario had been a fantastic adrenaline rush experience for the characters and the viewers which seriously made our blood runs faster than usual.

Isana Yashiro had been a likable character to follow throughout the run of K Project. However, the man behind the surface, the real Silver King Adolf K. Weismann had been an enigma all this time and this part where Yashiro’s power had been awakened is an epic surprise for every characters of the story and even the viewers must had been caught shocked.

MIKOTO SUOH BREAKS OUT OF PRISON

The Red King, Mikoto Suoh had always been an untameable character and a huge mystery until his death in the entirety of K Project. This scene simply shows how badass and jaw-dropping his appeal and strength could be. Truly untouchable!

A knight in a shining armor, or a last-minute savior. This is a rather enthralling and fascinating comeback for the Silver King in the series 2nd season, K: Return of Kings. With an even stronger foe, Yashiro still gives a flashy and cool act to save his henchmen.

One of the most intense and could be said as a climactic chapter of the K Project’s plot is the Green clan’s infiltration of Mihashira Tower to steal the Dresden Slate under the protection of HOMRA, SCEPTER 4, Red King, Silver King, and Blue King’s combined power. This is the only scene where we saw Nagare Hisui on fire and literally proves why he is unstoppable. Furthermore, this epic moment from K Project also revealed a great secret and that is the existence of the Tenkei Iwafune, also known as the Gray King who had been thought to be dead a long time ago.

INFILTRATION OF GREEN CLAN’S BASE

The phenomenal conclusion of K Project had been decided on this very moment where the combined effort of three kings: Anna Kushina, Yashiro Isana, & Reisi Munakata together with ther henchmen penetrated the based of Green Clan to destroy the Dresden Slate.

To wrap our list, here’s the actual video on which you could witness the action and excitement.

So, which part is your favorite? Does anyone craving to see the kings and the rest of the gang back? Of course, we know how the series had been perfectly concluded and it couldn’t be more fascinating than that. However, K Project had returned with a series of theatrical releases called K: Seven Stories that everyone should check out as follows:

If you had already seen some of these K Project theatrical films, what are your thoughts about it? Please let us know.