An in-game character is a player’s avatar in his/her chosen game, thus it represents the player’s skill, power and progress altogether. Whether a player is a novice, veteran, an expert or a professional; there is always some kind of hierarchy among them in every game and Glory from the phenomenal Chinese anime, The King’s Avatar is no exception. Glory is a very popular MMORPG in China with huge player base worldwide. In China, a professional alliance had been established where its members of pro-players from different team compete against its other for the sake of glory, honor, and wide recognition among the gamers’ circle. The Glory Professional Alliance have several teams with a backing guild and clubs behind them.

Each team in the alliance were comprised of professional players with different degree of mechanical skills and strategic aptitude. However, even the rookie in the professional circle were still above the average expert and veteran players from the game. The alliance brought the game into a new height which results to the birth of God-Level accounts. So far, there are only 10 considered God-level accounts as there’s a certain criteria that must be meet in order to join the rank of these monstrous in-game characters. In fact, among the different teams in the professional alliance, there are only few teams that house a God-level accounts; some have one account while the others have two. Even the Chinese Glory team, a set of professional players who will compete in the global arena for Glory’s World Competition is mainly comprised of these God-level accounts.
Now, let’s get to know these God-level accounts and what makes them so special and unique compared to a normal account.
One should be aware that these God-level accounts have silver equipment. Yes, it is ‘Silver’, a set of equipment which is considered to be even better than the orange quality equipment and could only be obtain via research and synthesizing rare in-game materials.
Aside from silver equipment, they also have high amount of skill points which should be generally far ahead compared to the normal skill point system of the regular players.

The following are the accounts considered to be God-level by Glory Professional Alliance standard.

God-Level Accounts from The King’s Avatar The Magician; The First Witch 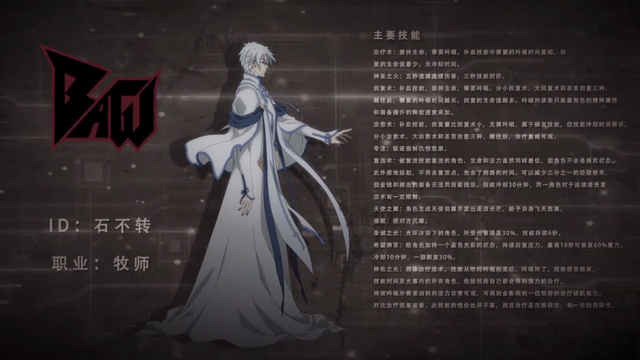 And that’s the 10 strongest in-game characters from The King’s Avatar. It doesn’t necessarily mean that the players behind these accounts were the strongest but they seriously got the skills to prove that they’re deserving to use such a powerful characters. Aside from these 10 God-level accounts, another set of characters that must be acknowledged and recognized from The King’s Avatar are the All-Star accounts (10 God-level accounts were also included) which are the most famous accounts in all of Glory.

Nonetheless, which account is your favorite? Which account do you think is the strongest of them all if we’re gonna simply based on the individual stats of every account and the skills of its player? Let us know by dropping a comment below. For the All-Star list, we will post it here in the blog. So, don’t forget to subscribe in our feed and get the latest anime news and similar stuff from Yu Alexius team.