The first half of currently airing romance-magical anime The Ancient Magus’ Bride has been over and beautifully concluded on December 23, 2017. The anime will be in hiatus for a week and will resume on January 6, 2018 with its 13th episode. It truly is a wonderful chapter of the story seeing Chise transformed into phoenix and went home to Britain from the Land of the Dragons. This is just like a hint that there are still more beautiful stuffs waiting for us in the later chapters of the anime’s story.

As the 12th episode ended, it shows a preview of what the fans should expect in the second cour of the anime. It then revealed to be the trailer for the Ancient Magus’ Bride 2nd cour which will air next year. 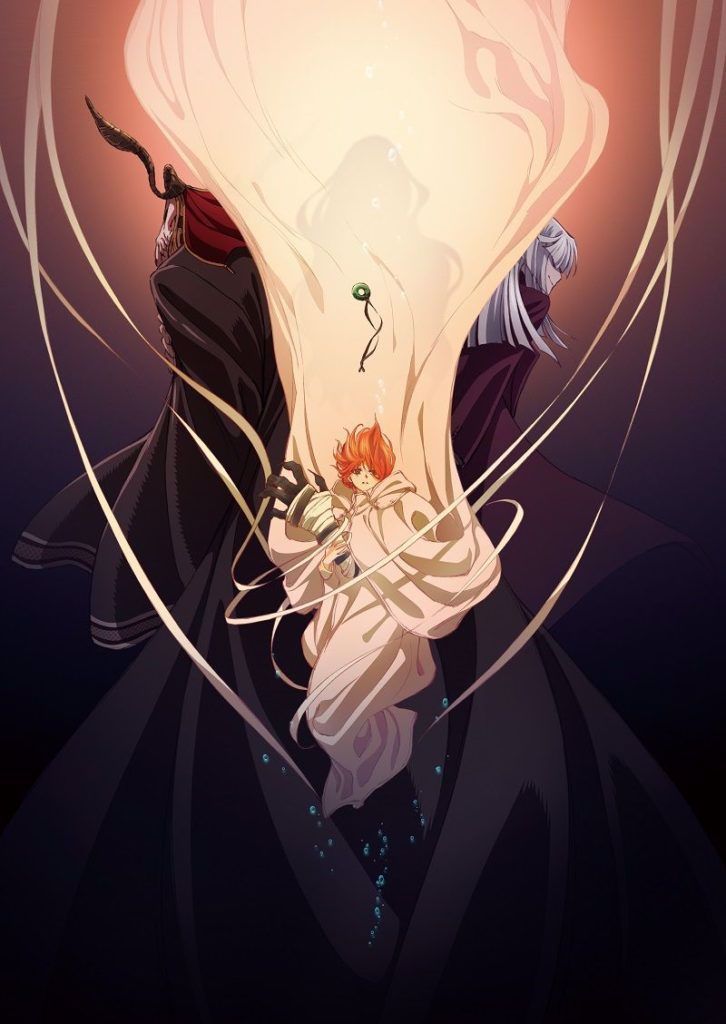 A new visual has then released the following day featuring Chise and what seems to be a dragon’s hand. In the background, there appear in the opposing sides are Pilum Murialis (Elias Ainsworth) and Cartaphilus.