You are here: Home / Anime / Fairy Tail Anime Final Season to Premiere in 2018

The final season for the popular anime franchise Fairy Tail had been green-lit to premiere in 2018. The a teaser announcement was made by the franchise creator, Hiro Mashima on July 19, 2017 via Twitter.

The following day, July 20, 2017; he publicly announced via Twitter that the anime adaptation of Fairy Tail is coming back and this time, it’ll be the final season of the franchise which will set everything back into motion in 2018.

The Final Season of FAIRY TAIL TV anime will go on air in 2018!

On a separate end, the second anime film for the franchise titled, Fairy Tail: Dragon Cry had been released in Japanese theater last May 6, 2017. It features a climactic part of the story from the franchise revealing a vital plot that also give hints about what we should expect in the upcoming episodes of Fairy Tail in 2018. 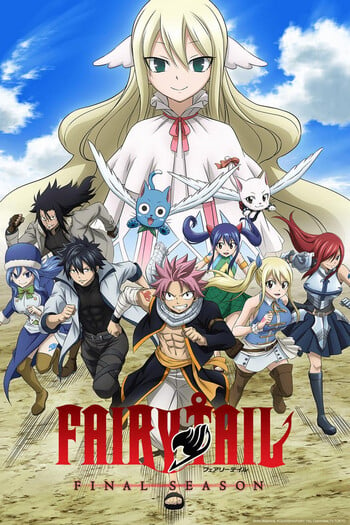 In the mystical land of Fiore, magic exists as an essential part of everyday life. Countless magic guilds lie at the core of all magical activity, and serve as venues for like-minded mages to band together and take on job requests. Among them, Fairy Tail stands out from the rest as a place of strength, spirit, and family.

Lucy Heartfilia is a young mage searching for celestial gate keys, and her dream is to become a full-fledged wizard by joining this famous guild. In her search, she runs into Natsu Dragneel and his partner Happy, who are on a quest to find Natsu’s foster father, the dragon Igneel.

Upon being tricked by a man, Lucy falls under an abduction attempt, only to be saved by Natsu. To her shock, he reveals that he is a member of Fairy Tail and invites her to join them. There, Lucy meets the guild’s strange members, such as the ice wizard Gray Fullbuster and magic swordswoman Erza Scarlet. Together as a family, they battle the forces of evil, help those in need, and gain new friends, all the while enjoying the never-ending adventure that is Fairy Tail.