Fire or flame is among the most clichéd super powers in anime. Though, no one can deny how dangerous, destructive, and mesmerizing a fire can be. That might be the reason why flame manipulation is among the most popular abilities seen in the anime. From different genre of anime as long as it involves special powers or abilities, people can always find a certain character that can freely control and manipulate fire at his/her own will.
Let’s face it, fire is f**kin’ cool power to have and one can always expect that there’s always someone who can use fire in every anime even they’re just a supporting character. Somehow, we can’t blame the creator for having character with firepower since as a major element; flame can be use in so many ways, not only for fighting. Although, not uncommon; flame users in anime always have this enigmatic and overwhelming presence.

As a tribute to all of those badass flame manipulators out there in the anime, we, in Yu Alexius team decided to write this post about the Top 15 most badass flame users from different anime series. Let set our mood ablaze and breathe some fire as you scroll down this list.

Genryuusai Yamamoto is a very powerful shinigami whose power and martial prowess have been mold by thousand years of brutal fighting experience and imposing the law.

Natsu Dragneel is a mage in the notorious guild Fairy Tail who can control, manipulate and eat fire due to his Fire-Dragon Slaying Magic. He also happens to be a demon with great power beyond imagination though; he’s full potential as demon hasn’t unraveled yet. 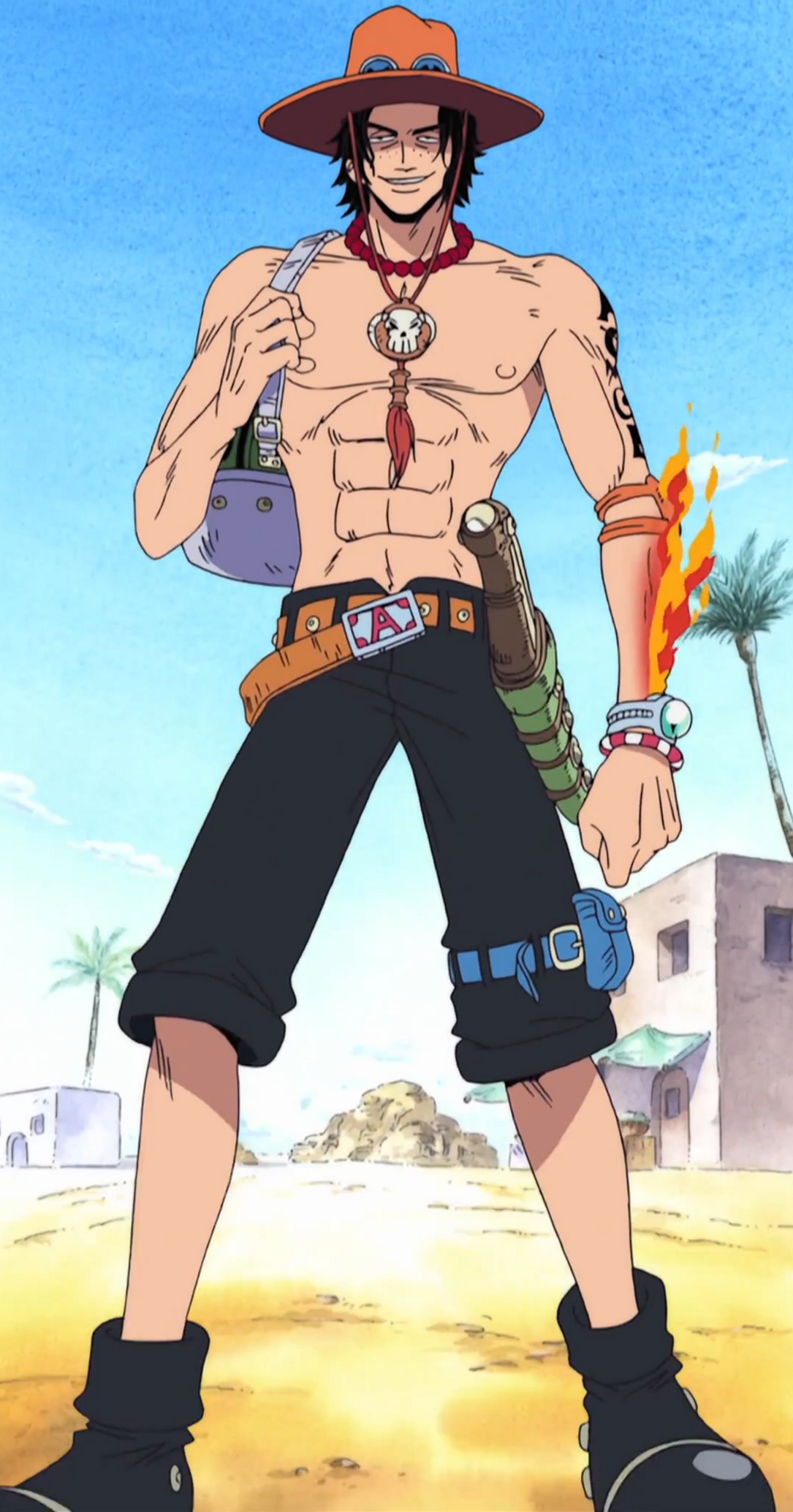 Portgas D. Ace is one of the most popular characters from One Piece. He ate a devil-fruit that gave him the power to control and manipulate fire. He’s a good-looking young man with utmost bravado but also a caring side that made his subordinates to idolize him. 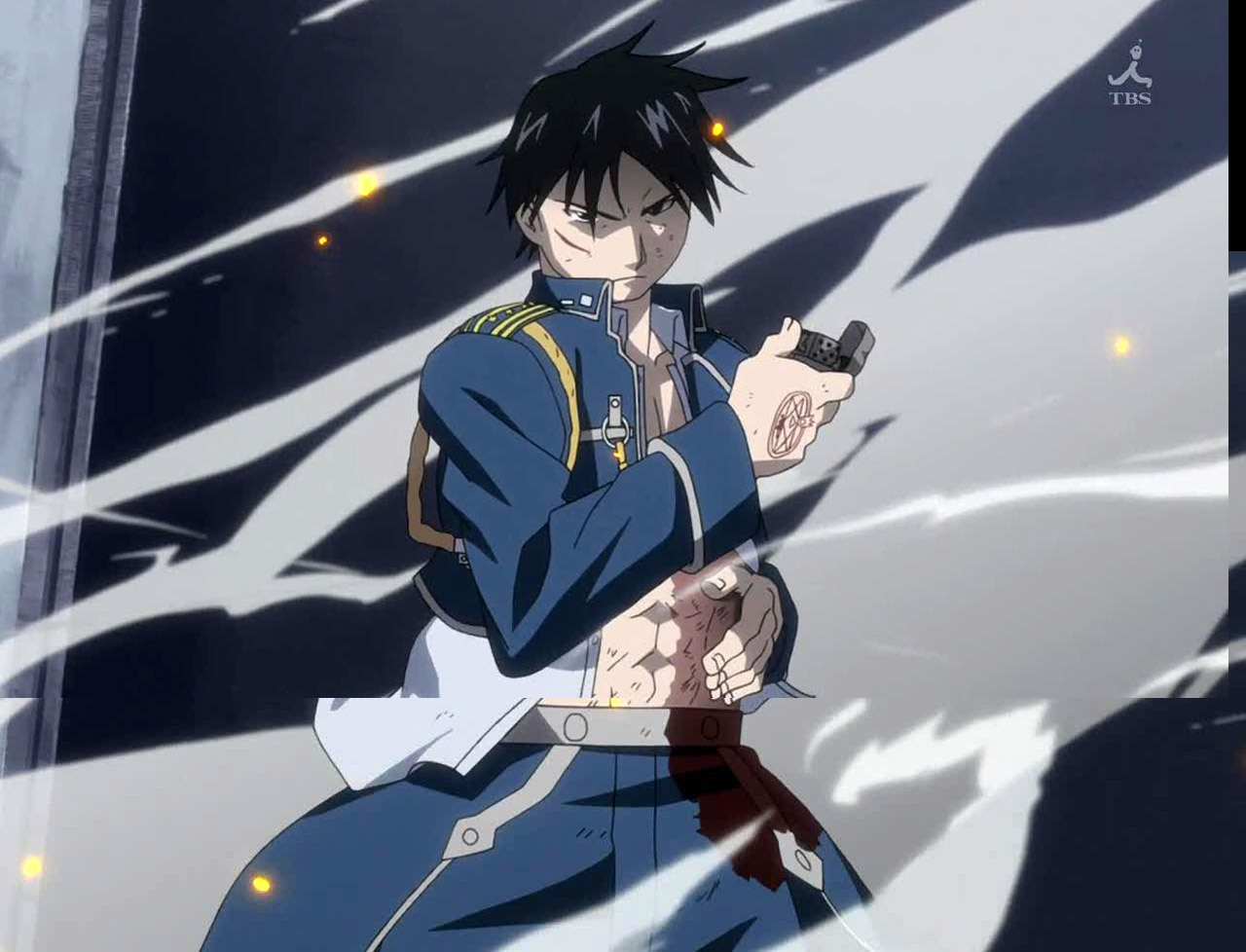 A fine, bold and seriously the badass type of flame user. Roy Mustang is one of the most remarkable characters from Full Metal Alchemist franchise. He’s quite the arrogant type but that behavior is supported by how strong and badass he can be when it comes to fighting. 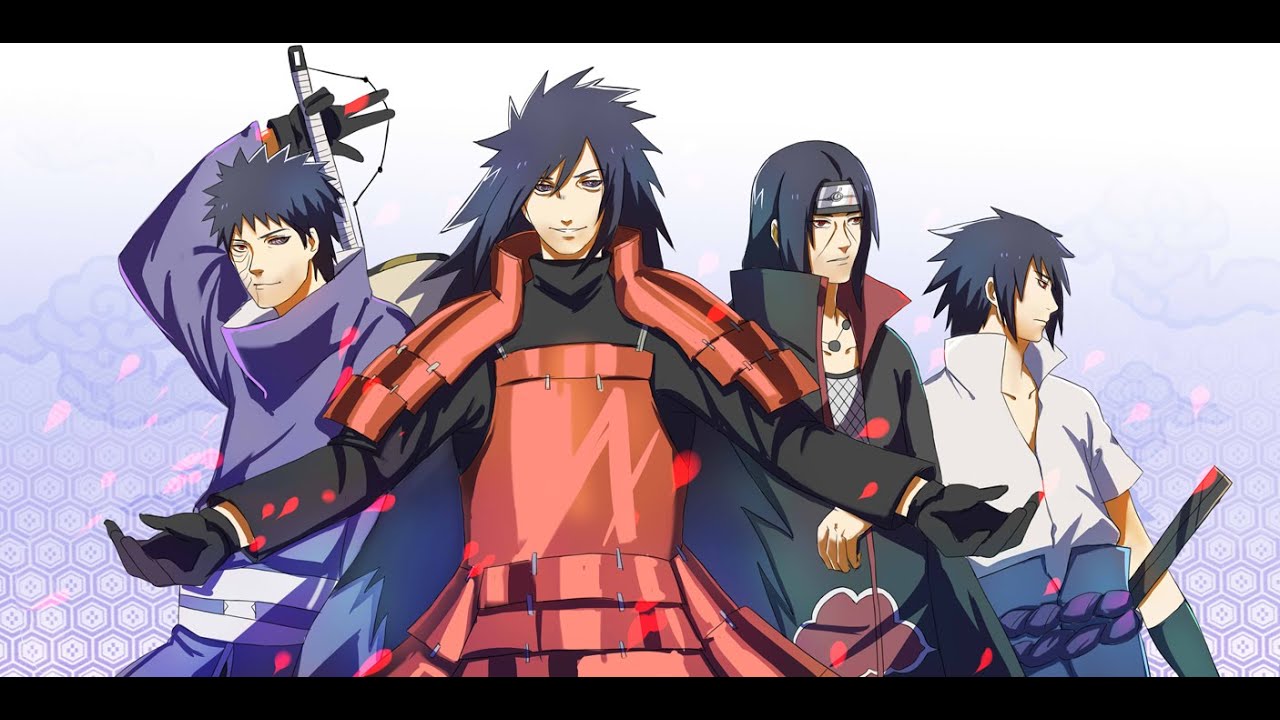 The Uchiha Clan is the epitome of a genius clan in Naruto franchise. I think it is safe to assume that they can be compared to the Slytherin faction of Hogwarts from Harry Potter franchise. Most of the Uchiha members are fire-users, though there are some members that are truly gifted like Itachi, Sasuke, and Madara. With their sharingan eyes, they can burn any opponent using the “Amaterasu,” a technique that envelops and burns their target with black flames and only stopped when the opponent is dead. 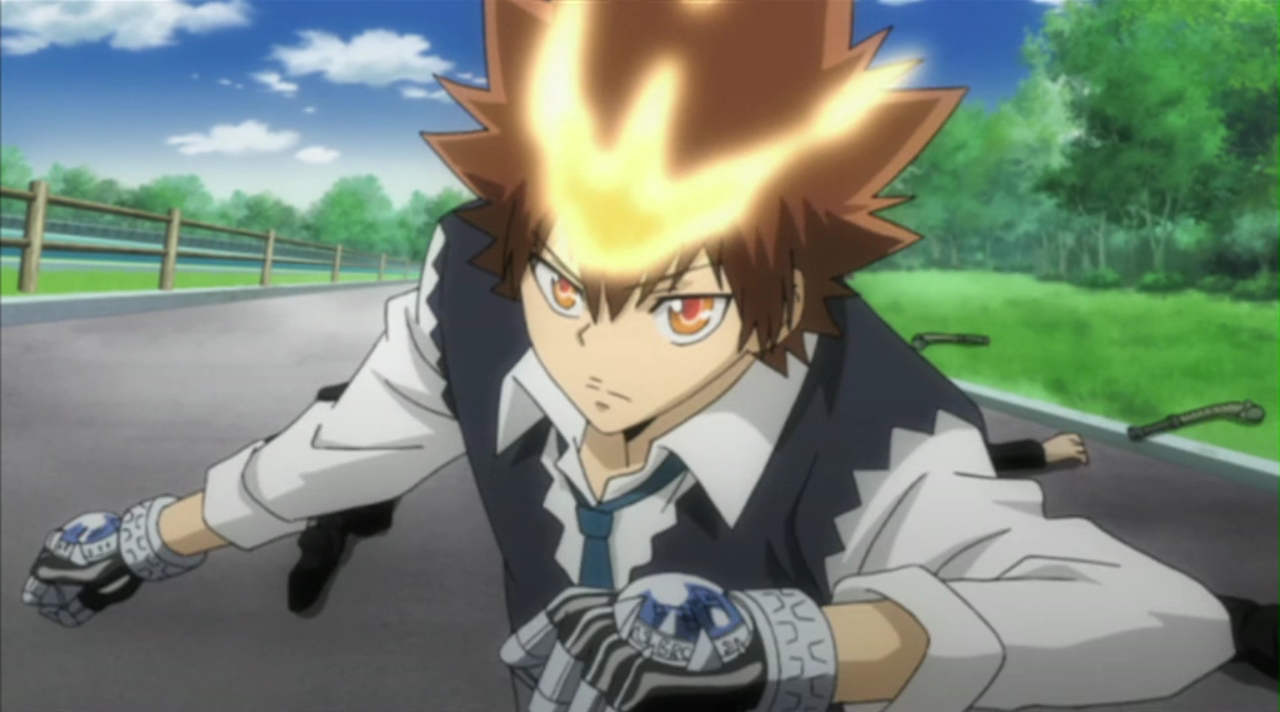 Tsuna is the type of guy that seems clueless and weak from the outside. Well, he started as a weakling after all; but his progress is undeniably great that he ended up as an insurmountable figure in the fights of mafia with superhuman abilities.

Hanabishi Recca is your typical protagonist from 90’s. He is a ninja who can summon eight dragons and each of these dragons have unique special powers that helps Recca surpassed his endeavors in order to save his beloved girl. 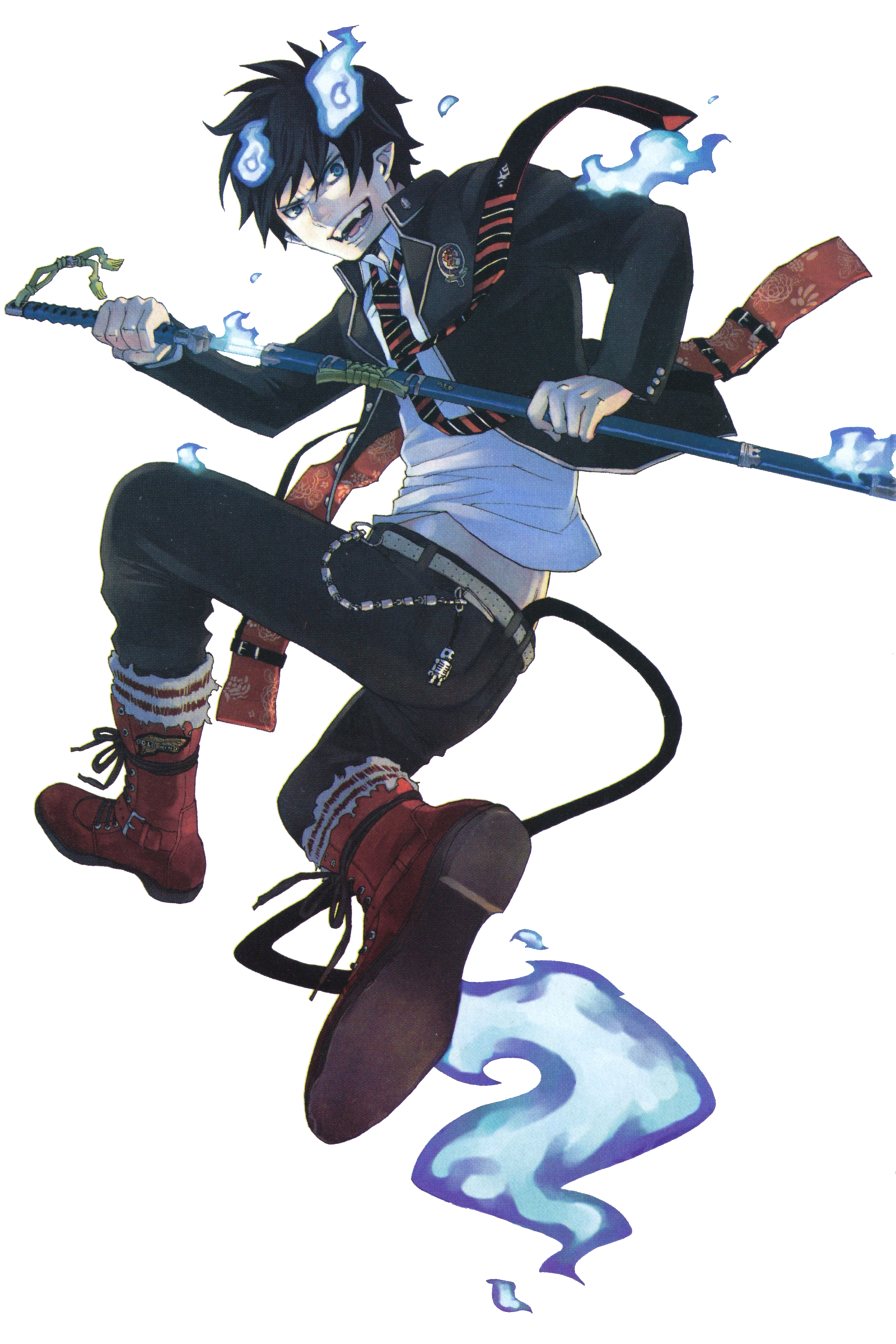 Mikoto is the Third as well as the Red King. He has the power to emit fire and with his hot-tempered nature, he became known as the King of Destruction. He, alone and his nature can be called the epitome of the term, “badass.” 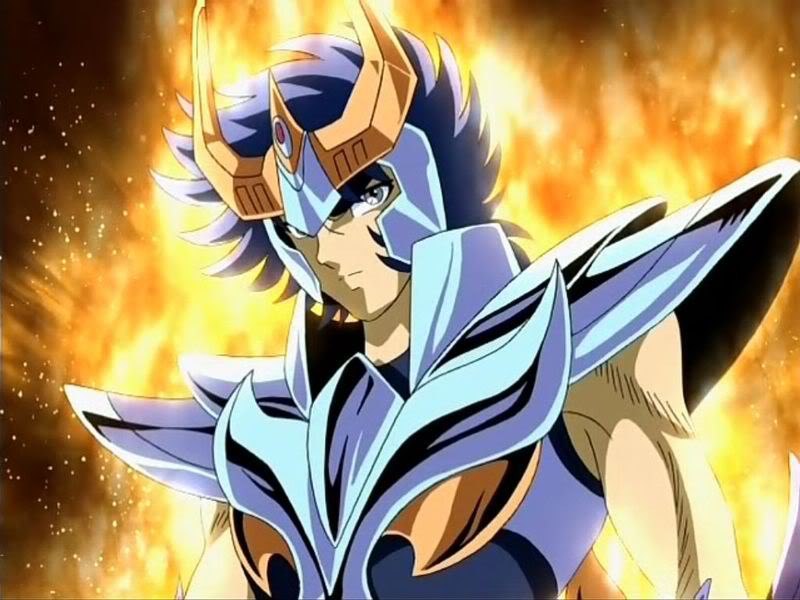 Ikki is the bronze saint of the constellation Phoenix. He has the power over fire and most of his attacks are fire-based. Just like Phoenix, he can set himself on fire in order to get stronger. 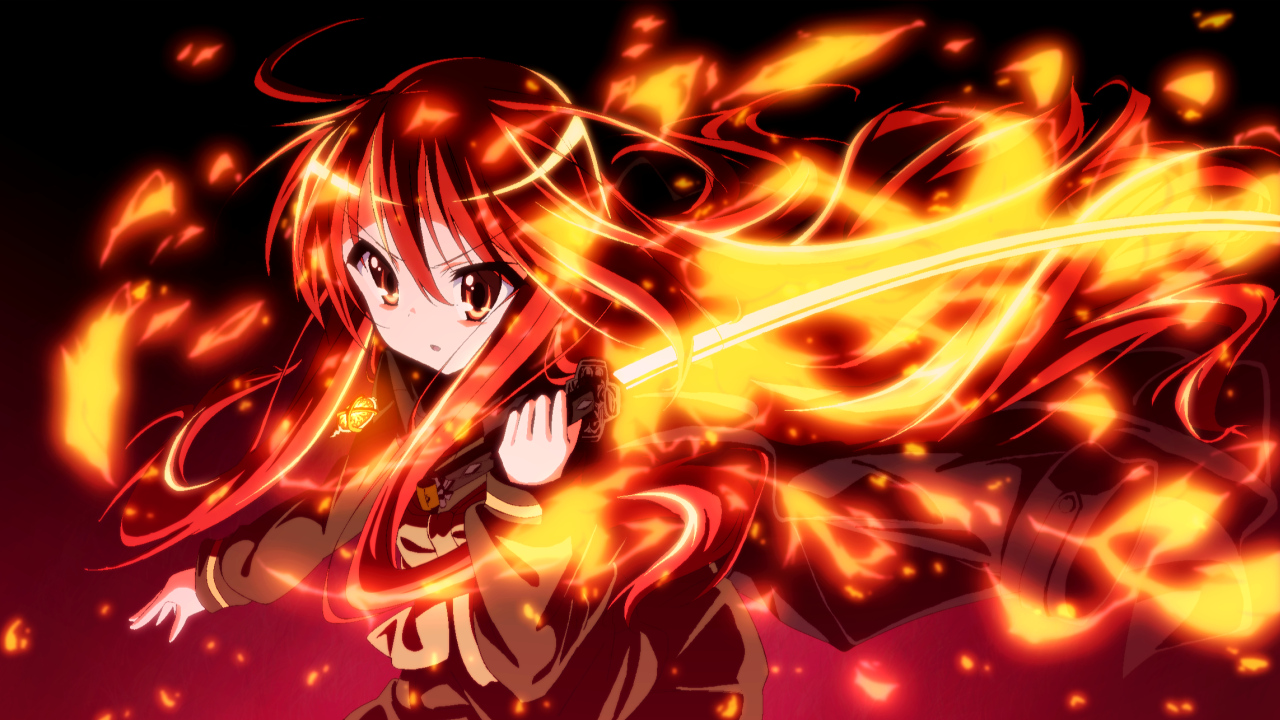 Hikaru is the Magic Knight of Fire, she can summon flame at her own will.