You are here: Home / Recommendations / List of the Best Romance Comedy Anime Series in the Recent Years 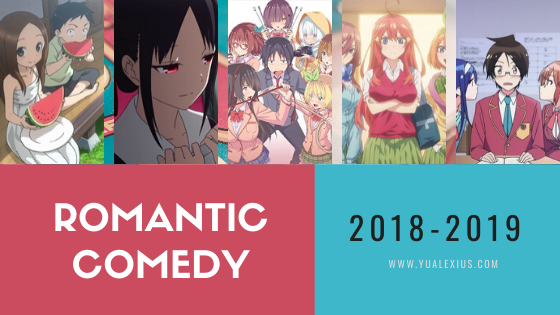 Hey guys, have you ever wondered what are some of the best romantic comedy anime these last few years? I have noticed that the last five (5) years (2015-2019) – there had been plenty of romantic comedy series invading the anime community and while most of them were simply generic and sometimes no good at all, there had been astonishing anime titles that gave us an interesting and fascinating ride with its heavy dosage of comedy, and teenage romantic cliché.
In this post, I will share some of the best rom-com anime in recent years and I will start to cover those shows that aired in the last 2 years: 2018-2019. This is actually a vague topic but I’ll limit it with the new releases as I was planning to make a separate post for the other series that aired earlier than 2018.

THE BEST ROMANCE COMEDY ANIME OF 2019

O Maidens in Your Savage Season 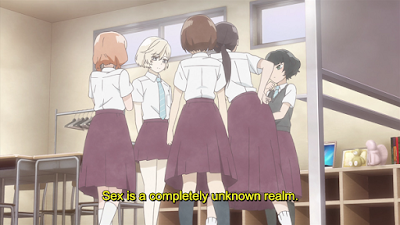 Araburu Kisetsu no Otome-domo yo. – Alright, we have here one of the best coming-of-age anime stories that I had seen so far, and I really love how well-written it is and raise awareness towards teenage issues involving curiosity about sex, teenage pregnancy, pedophilia, and ambiguity in one’s sexual orientation. The romance and comedy in this anime are also pretty interesting which makes the story even more amazing, and yes, O Maidens in Your Savage Season had given us an honest and sincere take on teenage romance with literary coating. 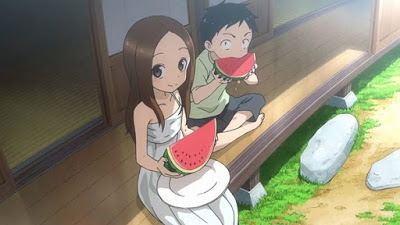 Karakai Jouzu no Takagi-san Season 2 –  Definitely one of the most adorable romance comedy anime of all time, Skilled Teaser Takagi-san somehow gave us an innocent and adorable take on romance story with a heavy dosage of comedy and slice-of-life in every episode. In fact, this is a great leaped and inclining more on the romance aspect of the story now compared to its first season. 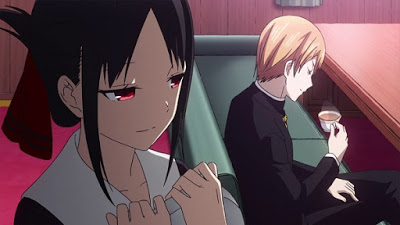 Kaguya-sama wa Kokurasetai: Tensai-tachi no Renai Zunousen – Outrageous, funny and well-written with prideful tsundere main characters, that is what you should expect when watching Kaguya-sama: Love is War. I believe this anime brings the romance comedy on a different height with its unique approach to the genre as opposed to the typical harem romance comedy story. There’s no harem here but simply interesting warfare between our two main characters while bringing the whole story to a big mess with help of two more supporting characters that we all love. This anime definitely has the most interesting set of student council members, isn’t it?

Senryuu Shoujo – Romantic? Yes! Funny? Definitely! Senryu Girl is one of the most innocent romance comedy anime that I have seen this 2019 and it is no doubt an amazing series thriving in its simplicity and bare honesty. 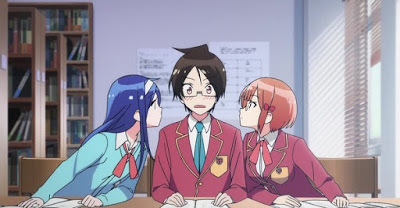 Bokutachi wa Benkyou ga Dekinai! – The strongest point of this anime is definitely its interesting series of coincidence which always ended up as either a disaster or a redeeming start for our main protagonist Nariyuki Yuiga. Bokuben is the harem that you’ll both enjoy with its generic plot of high school romance comedy story but with a sincere effort to make the viewers laugh to their heart’s content.

ORESUKI: Are you the one who loves me? 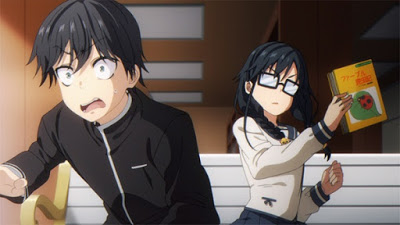 Ore wo Suki nano wa Omae dake ka yo – I say this one is quite shameless but neatly written. I just can’t imagine how amazing the author is behind this anime and the cliché that they’re using is seriously effective to the extent that ORESUKI as an anime could be a hilarious parody anime of other romantic comedy anime out there. Nonetheless, I love the stints they are doing with the infamous BENCH.

Hensuki: Are you willing to fall in love with a pervert, as long as she’s a cutie? 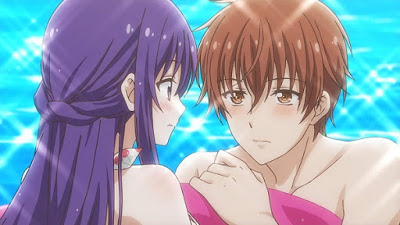 Midara na Ao-chan wa Benkyou ga Dekinai – This is definitely another shameless anime in our list, yes, there’s an ounce of romance here but it’s more delving deeper on the shameless and pervert comedy aspect but it’s definitely fun watching it. 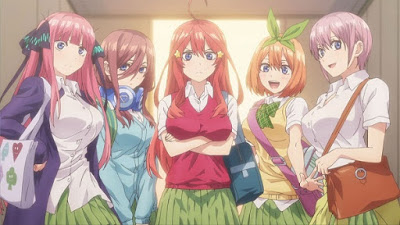 Go-toubun no Hanayome – We have here a funny harem anime that have the same vibes as Bokuben and revolved around our main hero tutoring beautiful ladies but the entire learning journey ended up to be quite a messy disaster filled with so much comedy and romance.

THE BEST ROMANCE COMEDY ANIME OF 2018

Rascal Does Not Dream of Bunny Girl Senpai 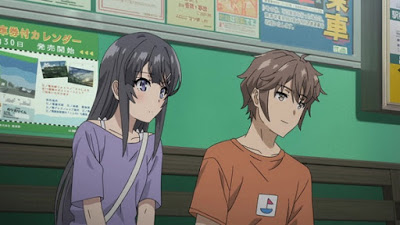 Seishun Buta Yarou wa Bunny Girl Senpai no Yume wo Minai – Here we have one of the best anime of 2018, and it’s definitely a top-notched romance anime in the recent years. This is an anime that will make you fall in love and the at same time laugh to your heart’s content.

Wotakoi: Love is Hard for Otaku 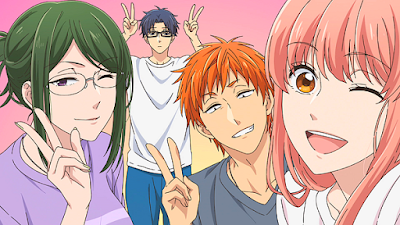 Wotaku ni Koi wa Muzukashii – Love story revolving around otaku people had always been a pretty common cliché in the plot of anime nowadays and here Wotakoi is no exception. However, it is a well-received and well-loved romance comedy anime by many viewers due to its weird but interesting combination of main characters – an otaku and a fujoshi.

Tada-kun wa Koi wo Shinai – This anime is not perfect but definitely far from trash, I actually included this as one of our Top 20 Anime of 2018 and it’s just an amazing ride filled with romance, comedy, and high school drama of a teenager. The anime had been pretty promising in the beginning, though I have to admit that I did find some flaws in the latter part, but it’s tolerable and what who wouldn’t fall in love with our handsome main character and his dazzling princess? 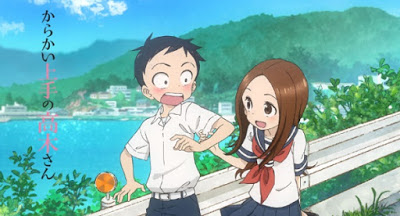 Karakai Jouzu no Takagi-san – This is the first season of the anime and this had been an adorable and cute watching experience. The anime is relaxing, funny, and romantic to a certain degree which will make you fall in love with it over and over again. 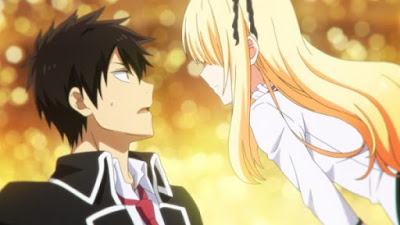 Kishuku Gakkou no Juliet – Here we have a different approach to a romance anime story with the cliché of the classic Romeo and Juliet plot. Nonetheless, this is a different story, and a hilarious ride at some point for our two main characters who love each other.
And that ends our list of best romantic comedy anime of 2018 and 2019which I believe definitely gave us an amazing amount of humor during its runtime and was able to deliver smiles and laughter in our faces in one way or another.
Are there any other anime titles that you would like to be included in this list? I’ll be more than happy to learn about your thoughts as well as suggestions. Please let us know by leaving your comment below.