Delving deeper into Chinese animation I discovered Please Take My Brother Away. It is a short yet funny anime series that also goes by the title “Ani ni Tsukeru Kusuri wa Nai!” or literally, There’s No Cure for My Brother!. This anime is based from a popular Chinese manhua Take My Brother Away (Kuài bǎ wǒ gē dài zǒu / 快把我哥带走) by Chinese author Yōu Líng. The anime had been produced by the combined effort of Fanworks, and Chinese anime studio Imagineer, together with Tencent Penguin Pictures.

Please Take My Brother Away Synopsis

What’s your brother like? To Miao, her brother Fen is someone who would tease her and make her explode 100 times a day; not a peaceful day as the two are fighting every single minute. However, when troubles come, Fen will become a caring, loving brother who protects his little sister at all cost.

The anime had inspired produced a pleasing 2 seasons since its premiere on April 2017 at Tokyo MX and many fans are wondering if Please Take My Brother Away Season 3 is on its way after the amazing finale of its 2nd season last December 17, 2018.

With that being said, Please Take My Brother Away season 3 release is scheduled on October 7, 2019. It only means that Shi Fen, Shi Miao, Zhen Kai Xin, Miaomiao, Wan Sui, and Wan Xing are coming back for another funny and entertaining narrative of Miao annoyance to her brother Fen. However, the anime will be release in advance in China and it will be out a early as August 3, 2019.

Teaser scenes from Please Take My Brother Away Anime Season 3 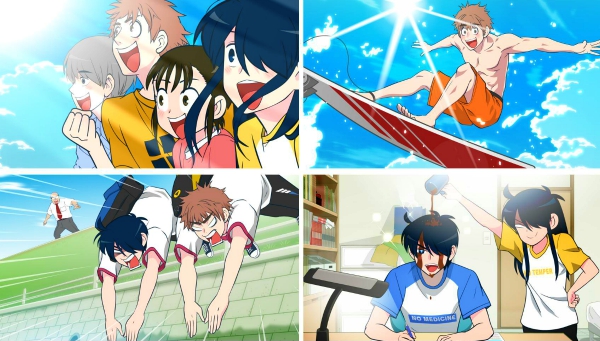 Aside from Please Take My Brother Away anime which already aired a total of 36 episodes (12 episodes in the 1st season, and 24 episodes in 2nd season), the manhua also inspired a live-action adaptation in 2018 which was produced by Netflix starring Joseph Zeng and Sun Qian.
The original web manhua already reached a record of 500 million times read in China Online and only a proof of how popular the series is.
Alright, let’s all save the date on our calendar on October 7, 2019, for the release of Please Take Away My Brother anime season 3 and anticipate a fun and hilarious moments once again with our favorite Shi siblings.
References