You are here: Home / Anime / Zokuowarimonogatari Anime Coming in 2018

Keep the hype alive Monogatari fans as Shaft will anime Zokuowarimonogatari in 2018. Yes, the last book of the Final season which contains the story of Koyomi Reverse will be animated next year. 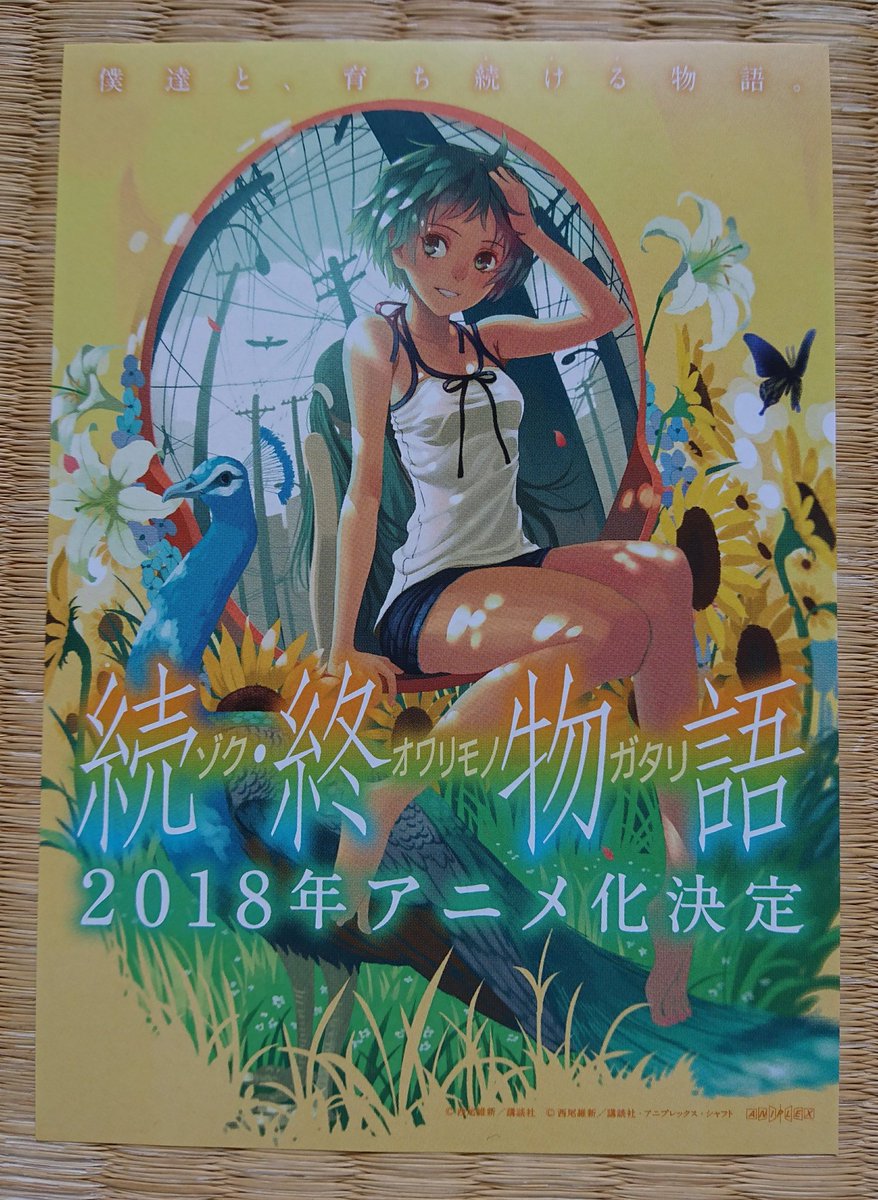 As of now, the only announcement made is that Zokuowarimonogatari receives an anime adaptation that will premiere in 2018 and a teaser visual posted on the Twitter account of moetron news. Further details will be posted in this blog later on, so keep an eye for any upcoming news about this.

This is a story. The end to the saga of Koyomi Araragi.
This half-human, half-vampire has stood on the line between reality and the supernatural for far too long. The end to his indecision has finally come. Piece by piece, his humanity was falling away, starting with his reflection. He was becoming one of them—a vampire.
Now, Araragi must choose which world to live in and which to give up. To remain human, he must abandon the friends he made through encounters with the supernatural. On the other hand, he would have to sacrifice his humanity to stay with those he holds dear.
Koyomi Araragi must decide, and his decision will haunt him until the very end. Either way, tragedy seems inevitable, a culmination of every choice made since the very beginning.