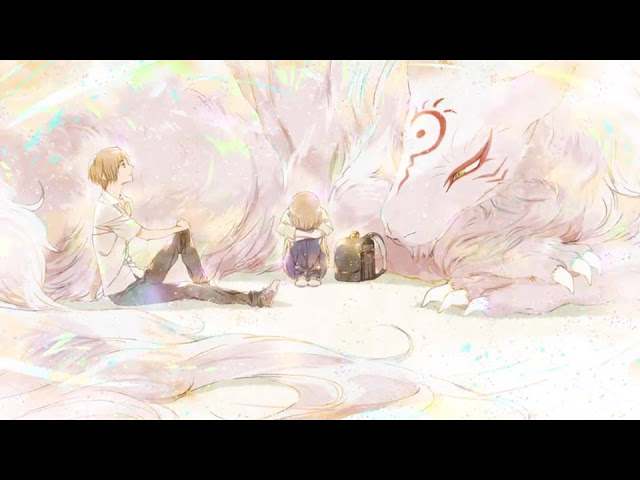 The pilot episode of Natsume Yuujinchou Roku is titled “The Days Eater,” and really gives off a nostalgic and very soothing atmosphere, thus, showing us chemistry between Tanuma and Taki; the caring and usually funny side of Nyanko-sensei. We also had the glimpse once again of the vulnerable but truly adorable side of Natsume.
The show started with Natsume and Nyanko-sensei running to buy some desserts or whatsoever because our ever gullible yet cunning fatty cat ate the all the foods prepared by Touku-san for Tanume and Taki who’ll visit Natsume that day. On their way, they encounter this weird looking yokai who happens to have his head stuck inside a huge pot. Natsume can’t simply leave him after the yokai ask for help to remove the pot in which Nyanko-sensei opposed the idea of. When the pot had been removed, the yokai revealed himself to be called the Days Eater, he then thanked Natsume by giving him a reward, and that’s restoring his youth. Within a short period of time after the Days Eater left, Natsume brings back to his childhood days and having a confuse memory. Nyanko-sensei panicked and eventually give us those funny signature punchlines of him. 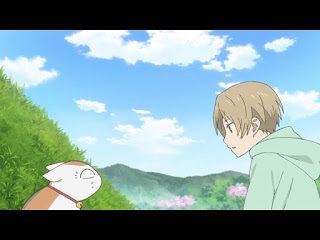 When Nyanko-sensei about to run-out of options where to put the young Natsume while he tries to find ways to return our hero to his original self, they we’re found by Tanuma and Taki. The lighthearted comedies and exchange of funny conversations at this end simply makes this episode very satisfying.
Tanuma suggested to bring Natsume to his house, Taki joined them while Nyanko-sensei left to look for the Days Eater. Taki suggested to make a curry with the young Natsume and Tanuma helping her. The story gets a little bit darker when our adorable young Natsume goes to look for some towel after Tanuma got himself wet. 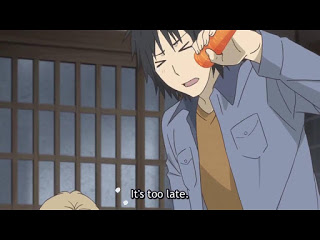 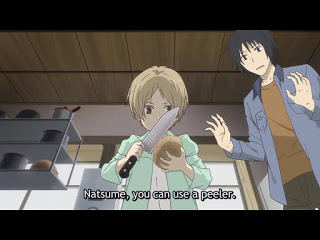 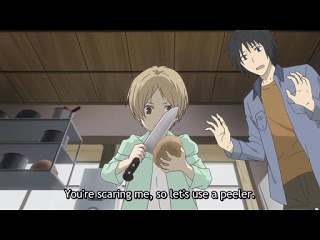 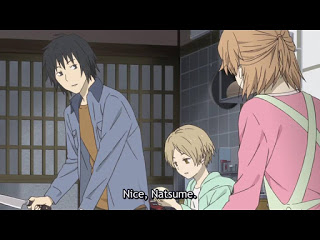 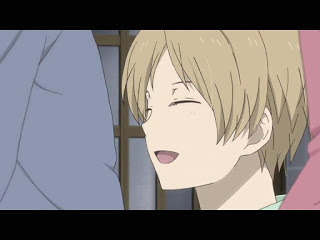 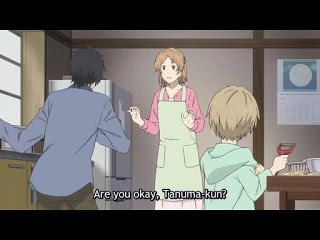 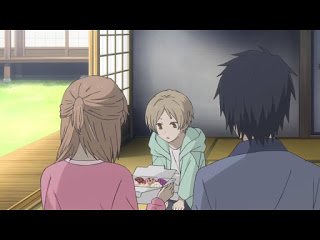 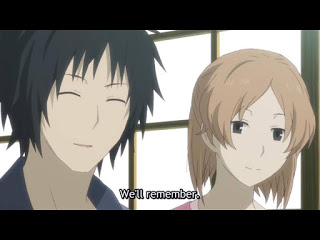 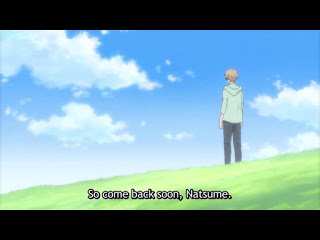 There, young Natsume got traumatized by a shadowy yokai on the windows deceiving and confusing him by telling him that Taki and Tanuma are both yokai disguising themselves as humans. The yokai then added that Nyanko-sensei tricked him and left him to be eaten by the two pretending yokai. In this instance, Tanuma found the young Natsume freaking out and dared to get him. Young Natsume run all over the place with Taki and Tanuma trying to restraint him. They eventually get him near the area where the pond reflects on the ceiling of Tanuma’s house. Taki, then offers some sweets to young Natsume.

Meanwhile, Nyanko-sensei found the Days Eater and ask him to reverse the spell he gave to Natsume. The Days Eater then asked him why since humans and object’s lives are too short, they should be happy to get younger on which Nyanko-sensei simply said that different people wants to get old, or to be younger. Then, the Days Eater asked which one does Natsume prefers. 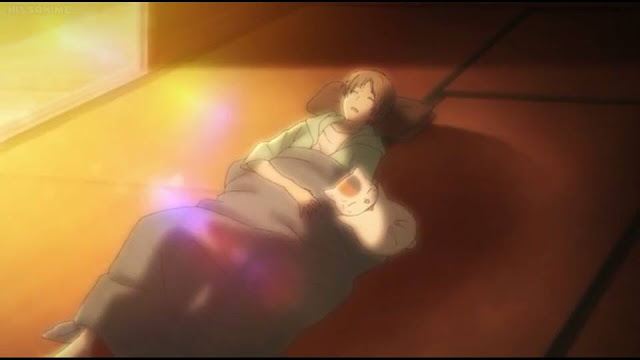 The next scene bring us to the younger Natsume resting as Nyanko-sensei appeared on the screen as informed him that the Days Eater reversed his spell and he’ll be back to his original self when the sun sets. Tanuma and Taki then found Natsume back to normal and casually sleeping together with Nyanko-sensei.

Overall, I’ll give this episode a rating of 10/10 as I ended up crying like a mad girl due to the overwhelming emotions, nostalgia, and lightheartedness in the story. It hit right in the feels and so warm. This episode directly shows how much Natsume appreciates his present life with the Fujiwaras and his friends (both yokai and humans). The visuals and the opening are the most stunning part of this episode, those breathtaking stills are marvelous, and I hope that the succeeding episodes will be great as this one. In addition, the ending theme is also amazing just as good as the previous season(s).