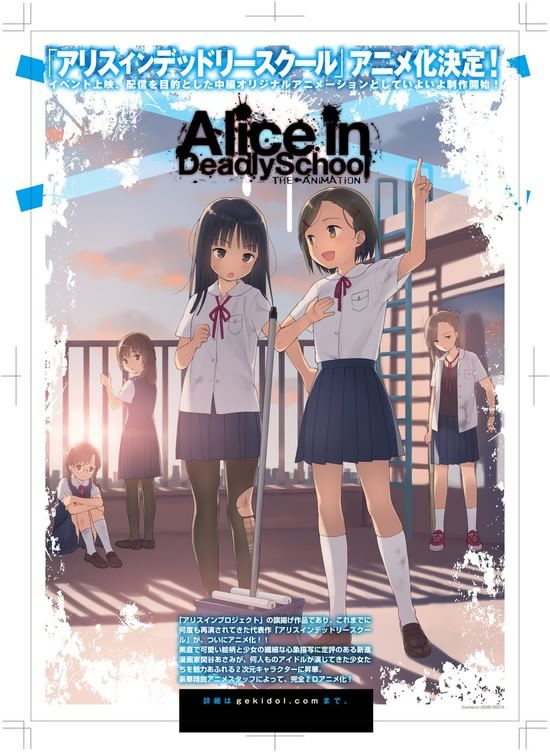 The story begins with the peaceful daily life of schoolgirls — which suddenly breaks down when former schoolmates become zombies. The story follows the actions taken by the girls left behind on the school roof.
Alice in Project is aiming to release the “medium-length” original anime (as opposed to a short or a feature) via event screenings and digital distribution. The company promises an entirely 2D anime adaptation with a “high-end anime staff.”