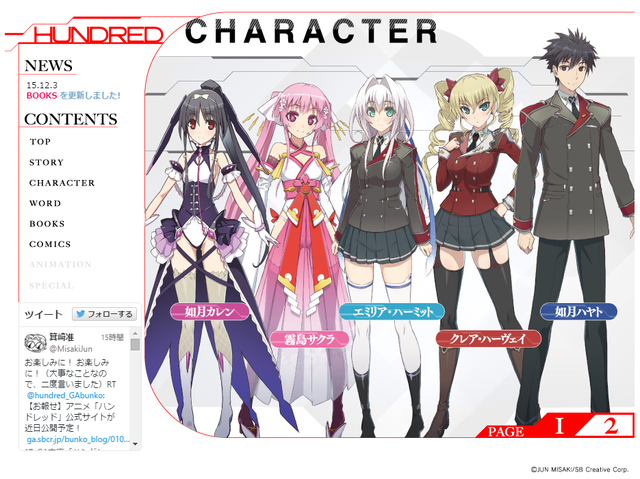 The “ultimate school battle action” science-fiction comedy begins with the Hundred, the only weapon that can counter the mysterious Savage life form attacking Earth. To become a Slayer (master of military arts) who wields this Hundred, the main character Hayato Kisaragi successfully enrolls in the marine academy city ship Little Garden. However he feels a strange yet familiar sense of incongruity towards Emil Crossford, his roommate who somehow knows him from somewhere. On top of that, as soon as he enters the school, he is challenged to a duel by the “Queen” (the school’s most powerful Slayer) Claire Harvey.

The previously announced cast members of Hundred TV anime are:
Among the additional cast that will reprise their roles from the drama CD are the following:
Aside from the additional cast, the promo video of Hundred also revealed that Shuehei Naruse is the one who will compose the music for the series while handling the music production is DIVE II Entertainment. 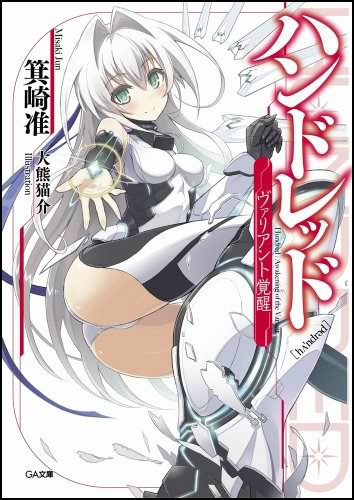 The Hundred anime is directed by Tomoki Kobayashi at Production IMS. Joining Kobayashi as staff of the series are Hideki Shirane handling the series composition and Norie Tanaka providing the character designs.