Saenai Heroine no Sodatekata movie had been announced few months ago and now, a new visual preview and promotional video for the film had been unveiled. 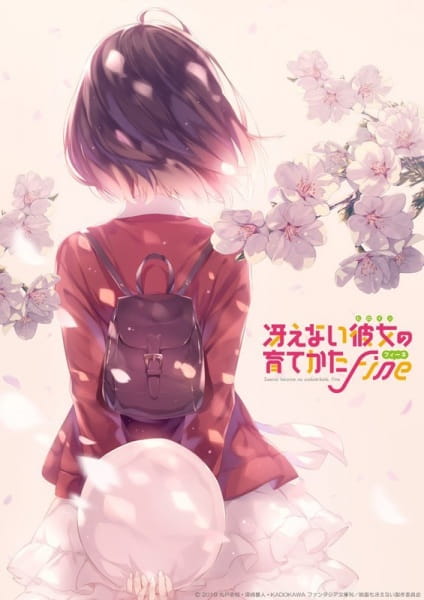 Although, there’s not much details yet about the film, it is scheduled to be release on October 26,  2019 with CloverWorks animating it.

[Updated] As of June 30, 2019 – a new visual for Saenai Heroine no Sodatekata Fine sequel movie had been unveiled as seen below.

How to Raise a Boring Girlfriend Synopsis

The life of Tomoya Aki, a high school otaku working part-time to support his BD hoarding. With remarkable luck, he bumps head-first into, Megumi Katou, the most beautiful girl he has ever seen. Naturally, the meeting twists his life into a complicated torrent of relationships. Eriri Spencer Sawamura, his half-foreigner childhood friend who’s always valued her relationship with MC. Kasumigaoka Utaha, a cold, composed renowned literary genius who shoves everyone aside from our protagonist. What is this? An eroge introduction? The tale of a small not quite doujin circle, but not quite indie studio’s journey through the tough territory of Comiket and beyond.

Anyway, while waiting for more details about the film, we should get ready to laugh so bad and hard as the usual gang is returning to bring further disaster filled with school drama, romance, and comedy. Please let us know about your thoughts or your expectation about the upcoming How to Raise a Boring Girlfriend movie.