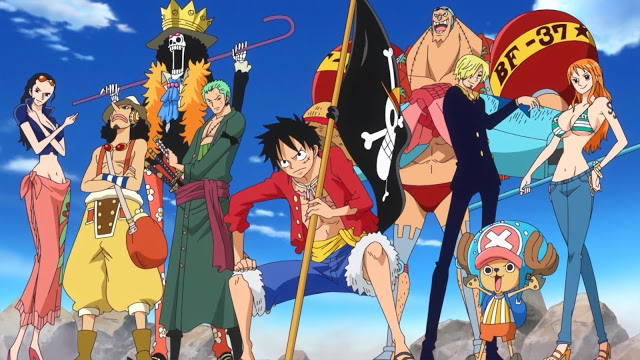 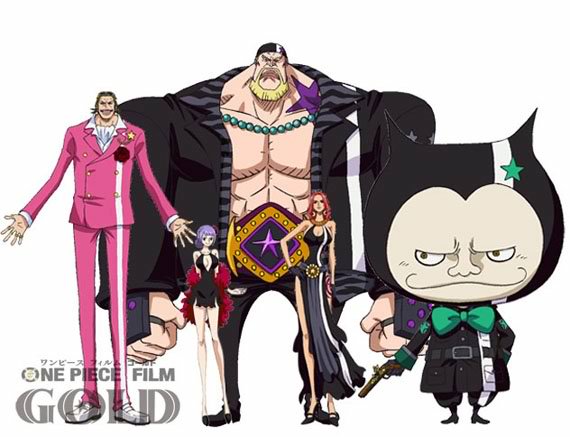 Gild Tezoro, a casino king who controls the huge golden ship Gran Tezoro. He is a devil fruit user who ate the “Gol Gol fruit.” He is an extremely rich man who is said to possess 20% of the monetary “Beli” that exist in the world.
Carina, a very popular songstress with a beautiful voice. She is surrounded in mystery.
Dice, a dealer on Gran Tezoro. He is a large-bodied man clad in muscles who offers his audience the highest level of game. He also has a special ability.
Baccarat, a devil fruit user who ate the “lucky lucky” fruit. When she touches someone, their luck changes. She is a mysterious and elegant woman who acts as an escort for the Straw Hat pirates. She is the concierge of the Gran Tezoro
Mr. Tanaka, a devil fruit user who ate the “nuke nuke” fruit (“nukenuke” means “to do something however one pleases,” but “nuke” can also mean “to draw out”). With his secretive devil fruit powers he is in charge of Gran Tezoro’s interior security.
One Piece Film Gold will open in Japanese theaters on July 23, 2016 and the film is directed by Hiroaki Miyamoto together with Tsutomu Kuroiwa who’s handling the script.